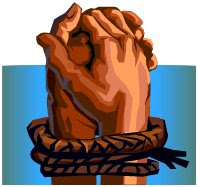 In 2 Chronicles chapter 6, King Solomon offers up a prayer of dedication for the temple he has built for the Lord. Below is a section of verses selected from that prayer:
2 Chronicles 6:36-39 “When they sin against you—for there is no one who does not sin—and you become angry with them and give them over to the enemy, who takes them captive to a land far away or near; and if they have a change of heart in the land where they are held captive, and repent and plead with you in the land of their captivity and say, ‘We have sinned, we have done wrong and acted wickedly’; and if they turn back to you with all their heart and soul in the land of their captivity where they were taken, and pray toward the land you gave their fathers, toward the city you have chosen and toward the temple I have built for your Name; then from heaven, your dwelling place, hear their prayer and their pleas, and uphold their cause. And forgive your people, who have sinned against you.”

Solomon definitely had a heart for his people, and an understanding of them. He notes that there is no one who does not sin, and asks the Lord to forgive them. These verses struck me today as I thought about people today. Re-read the passage above, and think of it applying to someone today, even to a believer. Do you know anyone that had an understanding of the Lord and yet the enemy has taken them captive? I know I do. In this prayer, the enemy was most likely other nations that would eventually conquer the future Israel and Judah territory. However, today we still face enemies. You might specifically identify this enemy as satan, who plots to draw people out of Christ, and into the world. It may be that the enemy that takes us captive is actually greed, fame, notoriety, or any distraction of this world. Colossians 2:8 reads “See to it, that no one takes you captive through hollow and deceptive philosophies that depend on human traditions and the basic principles of this world rather than on Christ.” Have we been taken captive by hollow and deceptive philosophies? Evolution, materialism, self-sufficiency, the “it’s all about me” mindset that is prevalent throughout our culture right now, – have any of these taken you captive? What about financial burdens? I can think of so many things that are part of this world that might take someone – including Christians – captive. We should ask ourselves, am I in captivity to anything or anyone?

In the section of Solomons prayer that I have identified above, he prays for people taken captive. One interesting thing to note, is that he first addresses who this captive might be. He uses the word “when” we sin against God. Not “if”, not “those who sin”, but “when” we sin. He goes on to say that this clearly applies to all humans, as there are none who do not sin. Solomon mentions that the Lord becomes angry when we sin (it appears he is addressing sin without remorse, even possibly habitual sin). The result of this anger is that God lets the enemy draw them in. Now, first we must address that the Lord is not the enemy. He is not making them be taken captive, he instead allows it to happen. Personally, I know I can do a pretty good job of getting myself into trouble, and praise the Lord that he protects me from some of my own undoing. When we choose to sin against God, he may remove the blessings he has given us, and allow us to be taken captive by those things we pursue. Remember that Solomon is talking about the captivity of EVERY believer and unbeliever. While the fact that we all might be captives at some point might be a tough pill to swallow, Solomon’s prayer also offers some hope.

His prayer asks for the Lord to show mercy to those who are taken captive, and to forgive them, but it also outlines major steps on the part of the captive. So what are these conditions? Solomon outlines them as follows:
– have a change of heart
– repent and plead with the Lord
– Say, ‘I have sinned, I have done wrong and acted wickedly’
– Turn back to the Lord with all your heart and soul
– pray to the Lord

And the promise which comes as a result of the above? Verse 39 states (paraphrased), “Then from heaven, his dwelling place, the Lord will hear your prayer and your pleas, and uphold your cause. And forgive His people, who have sinned against Him.”

What a blessing that is! My friend, know that in the depths of captivity, the Lord is there! We must only turn to him, and away from our captors! But how do we do this? First of all, it is crucial that we recognize what and who it is that has taken us captive. We need to wage war against this enemy. However, this is a spiritual battle, not a physical one. Paul writes in 2 Corinthians 10:3-5 “For though we live in the world, we do not wage war as the world does. The weapons we fight with are not the weapons of the world. On the contrary, they have divine power to demolish strongholds. We demolish arguments and every pretension that sets itself up against the knowledge of God, and we take captive every thought to make it obedient to Christ.” Isn’t it refreshing to know that our spiritual weapons through Christ and the Hold Spirit have divine power? THEY can demolish those strongholds, THEY can battle through the cultural lies we have bought into that are affecting our success in the Lord. However, that doesn’t mean that we ask the Holy SPirit to get to work, and then run away from those sins. In greade school, we learn that running away only leads to a chase. No, leaving beihind those sins will not free you from them, for you may find yourself back as a captive to them down the road. Instead, Paul goes on to urge us by stating, that WE take captive every thought to make it obedient to Christ. See, we must turn around and face our captors. Face the lies that we have bought into, face the deception from the Devil, and bind them up! We must overcome our enemy by leaning on our strength from the Holy Spirit, who offers a defense for us. You see, our freedom in Christ includes not only freedom from the captivity and the sin we struggle with, but protection from the captor!

Lord, help me to identify any areas of my life that have been taken captive. Awaken me to the lies I have bought from our culture and from Satan, and give me the power to overcome them through your Holy Spirit. Father, I ask for your blessings on other believers, those who may have heard the gospel, but have fallen away. I pray that you may reach them in the depths of despair and struggle, in their dungeon of captivity, and call them home to you. May their hearts repent and pray to you, knowing that true freedom can only be found in Christ. Amen.

We are a participant in the Amazon Services LLC Associates Program, an affiliate advertising program designed to provide a means for us to earn fees by linking to Amazon.com and affiliated sites

Begin the Work!
The Generations