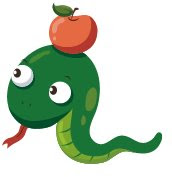 As people, don’t we have the tendency to for get things? Especially positive things. I can think back to a few one-sentence comments from my dad when I was little that hurt my feelings and quote them to you. But I can’t really quote any positive statements from him. Not because they weren’t said, but because I didn’t internalize them as much. There are a number of times in the Bible (especially in the Old Testament) where God tells us to “remember” all he has done for us. There are also other instances in the New Testament where the reader is reminded by the author of all the reighteous servants of God that have come before us, and how God’s will has been accomplished from the beginning. God tells us this because He knows how quickly we forget the ways he has blessed us and kept his promises, but tend to “hang” on the times when we feel slighted or even ignored by God. Our hearts want to hold on to the negative, because we can blame someone else for the way things are going. We tend to absorb these ideas more readily because they offer us a way to slide out from responsibility – an excuse for our behavior, and for the sin we carry in the depths of our heart, longing to gain a foothold. In Genesis chapter 3, at the beginning of God’s relationship with man, this foundational situation of our heart is revealed when the serpent enters the scene…..

Genesis 3:1-
“Now the serpent was more crafty than any of the wild animals the LORD God had made. He said to the woman, “Did God really say, ‘You must not eat from any tree in the garden’?”

Wow! The first thing Eve is enticed with is “Did God really say?”. He questions Eve’s memory. Did she hear God right when He told her not to eat of the fruit? Did she understand what God was really saying? Is it possible that God was not looking out for her best interests? The Serpent didn’t come right out and face off with Eve, telling her that God was wrong and that she could eat the fruit – instead, he subtly had Eve questions who God is. I know that my personality may have reaceted the same way. When someone directly confronts me, I tend to get defensive and dig in my heels a bit. But if someone poses a question or a situation, I may ponder it, and it may have the ability to change my thoughts, which in turn determines my behavior.

Genesis 3:2-6
The woman said to the serpent, “We may eat fruit from the trees in the garden, but God did say, ‘You must not eat fruit from the tree that is in the middle of the garden, and you must not touch it, or you will die.’ ” “You will not surely die,” the serpent said to the woman. “For God knows that when you eat of it your eyes will be opened, and you will be like God, knowing good and evil.” When the woman saw that the fruit of the tree was good for food and pleasing to the eye, and also desirable for gaining wisdom, she took some and ate it.

The second thing the serpent poses to Eve consists of a question regarding God’s intention. Did God design the garden to protect Adam and Eve, to provide for them, or to control them? the serpent suggests that it was the latter. Eve, most likely following what was in her heart and lacking true discernment, chooses herself. She chooses to believe the serpent, who has offered her to become like God. She chooses power, knowledge, and ultimately, the lie.

When we have not laid a solid foundation of Truth under us, we are suceptible to any which way the wind blows. All types of false claims, lies, teachings. We become defenseless against anyone wishing to change our points of view. The serpent in this story was not just going about his life, and happened to impact Eve’s decisions just from being in the same environment. No, he had evil intentions for her. He sought her out, and wanted to change her. He purposed in himself to try to cause harm to God by removing his child from him.

We still face that same enemy today. He may choose different mediums to reach us – instead of a serpent, a close friend; instead of an apple, materialism. But either way, he questions us the same way – “Did God really say?” “You will not surely die!” If we are not aware of this enemy, we may not recognize the true desires of his heart that are not meant for our good. We need to lay a foundation of truth to which we can test these evil spirits against, and we need to remember the truth of God’s love for us, and his perfect will that has been accomplished since the beginning. Remember my children! Remember the Lord your God!

Lord, help me to compare all truth claims I face to your word and your very nature. Give me discernment when facing trials and temptation. Help me to hold fast to your word, believing that you are who you say you are, you can do what you say you can do, I am who you say that I am , I can do all things through your strength, and that your written Word is alive and active in me.
~Karen

We are a participant in the Amazon Services LLC Associates Program, an affiliate advertising program designed to provide a means for us to earn fees by linking to Amazon.com and affiliated sites